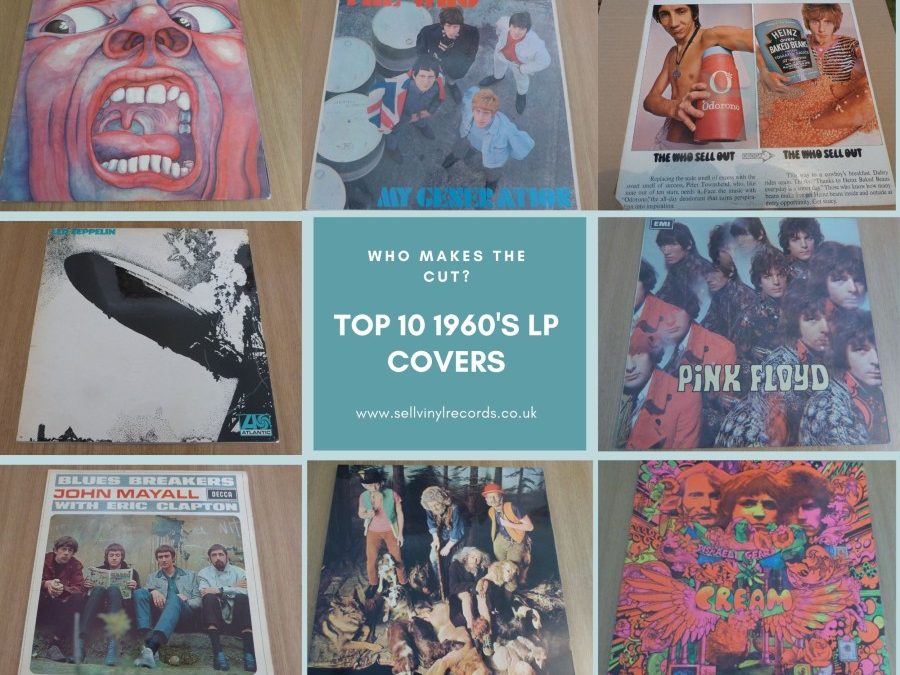 In this post I would like to share with you my top 10 best LP covers from the 1960’s! There are of course 1000’s to choose from, but I’ve gone for these based on artwork and I think the fact that as soon as you see them you know you are in the 1960’s.

If buying and selling Vinyl Records for the last 25 years has taught me one thing it’s that record collecting isn’t just about the music. So many people pull out there records and show me an iconic sleeve and state “you don’t get that with your download do you!” Too right you don’t, the artwork on Lp’s is one of the pulls to collecting vinyl in the first place.

It’s interesting to note that my choices have come mainly from the later end of the 1960’s and mainly in the psychedelic rock genre. It was hard to find such amazing artwork from earlier in the 1960’s with most covers being pictures of the artists or bands.

I’d love to be proven wrong about this though so please do send through some great artwork from the early 1960’s or from any other genres, Soul, Reggae, Jazz etc.

Oh and of course in case you didn’t realise I am a record dealer so if you have any of these Lp’s for sale please do get in touch here.

In Reverse order here are the best LP covers from the 1960’s.

Any record dealer will tell you if there are naked ladies on the cover the record will sell! Also it’s interesting to note that this turns up a lot in peoples collections with the gatefold turned inside out. Perhaps the teenage collector not wanting to upset the 1960’s mothers! Also interesting to note that the original Blue text track issues fetch quite a bit more than white text later issues. 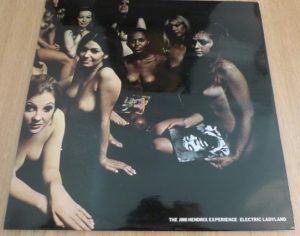 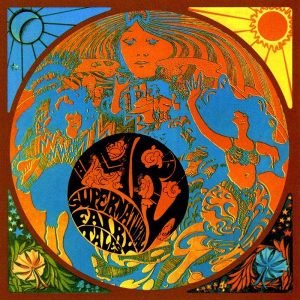 Another stunning sleeve, although supposedly caused some upset amongst the Hindu community for the use of the God Vishnu in the artwork. Hendrix himself was also upset and said it would have been more appropriate to to have had artwork  that highlighted his American Indian heritage. The artwork is still banned in Malaysia! – Still an amazing piece of art and a very rare record especially if you find one with the original orange insert! 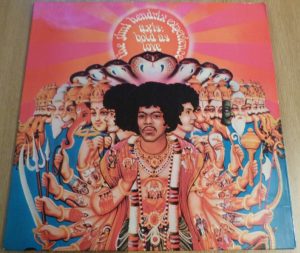 Ok perhaps I’m slightly biased here as it my favourite stones Lp, but it is surely an iconic 1960’s cover. The cake was designed by one the uk’s earliest celebrity chefs Delia Smith! – It’s so famous it even appeared on postage stamps in the UK in 2014. Being 1969 it was released in both Mono and Stereo. The Mono versions being more valuable due to it’s scarcity. It also came with a stickered sleeve referencing the included poster. 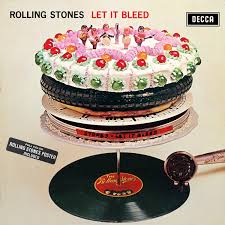 Wow stunning artwork and a very hard record to find. Note the word Odessey is misspelt on the cover and should read Odyssey! This was said to be a deliberate mistake, but was in fact an error by the designer of the sleeve Terry Quirk. 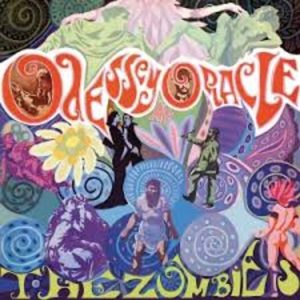 This one just creeps in the 1960’s with a release in October although perhaps it’s progressive musical style is before it’s time with many thinking of it as a 1970’s Lp. Stunning sleeve and so famous I even use it on my website! The sleeve designer Barry Godber died just months after the albums release it being his only sleeve design. The original painting is now owned by Robert Fripp. It’s a difficult LP to find and has to be in nice condition due to some of the quieter tracks on it especially Moon Child. There is said to be a very rare version with an A1/B1 Matrix which could fetch 4 figures! 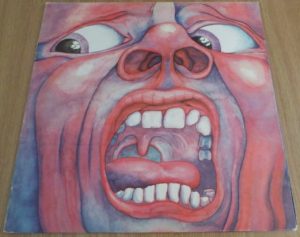 Well what can you say, everyone knows and recognises this cover it’s simply a classic! It was designed by Peter Black and Jann Hanworth. The cover has the photographs of 57 famous people and includes six wax works. It’s interesting to note that Lennon was said to want to include Adolf Hitler, Jesus Christ and Gandi on cover. It was thought these were too controversial so left off the final design. Comes with red swirly inner sleeve and the cardboard cuts out to let the fans dress like the band! There are also some slight variations of the sleeve with a “fourth Proof” slightly faded version and also a Wide Spine version. 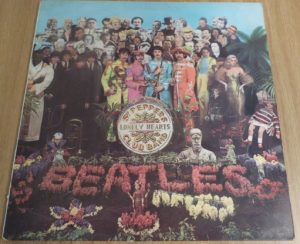 Another Classic Lp and gets into number three spot. This unique and amazing round designed sleeve in the shape of a tobacco tin. It’s a very very fragile sleeve and incredibly hard to find in tact. Even Rolling Stone Magazine had it as number 21 of the best sleeves ever. 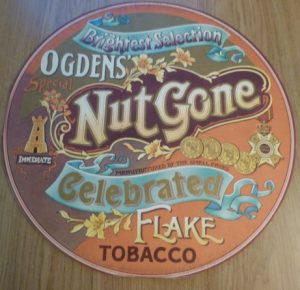 It’s an icon of a sleeve. Pretty basic, but everyone knows it. Original copies even came with a banana that you could peel! Perhaps this is the album on the list where the sleeve is much more famous than the actual music that it encased. The music was pretty controversial when it came out. It was subsequently banned from a lot of radio stations which meant not many copies sold. It does now however seem to be a must have in anyones record collection. The controversy of the music was followed by controversy about the artwork. Lawsuits being sought for images used on the back cover and also in regard to who owned the copyright of the banana image itself! 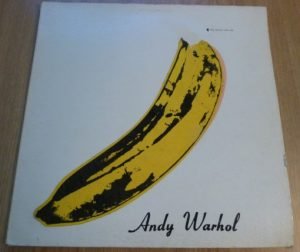 Wow, what a sleeve and i think iconic of the late 1960’s psychedelic era. I’m sure it wouldn’t be everyones number one, but if i’m ever out buying a record collection this is the one that gets pulled out and we spend a moment discussing the artwork of Lp’s. It was designed by Australian Martin Sharp. Martin lived the same building as Eric Clapton in Chelsea. It’s a crazy sleeve with so much going on and perhaps what sets it apart, and gets it in the number one slot is the rear is also an elaborate collage of 1960’s photos. This is my best LP cover from the 1960’s ever! 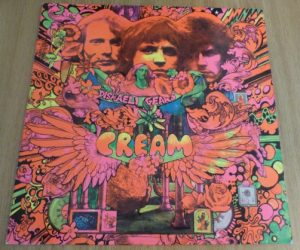 Ok so that’s my top ten best LP covers from the 1960’s, but special mention should be made to the following sleeves which were also considered:

Here are a couple of links to other lists perhaps more commendable than mine for the Best Lp covers ever!